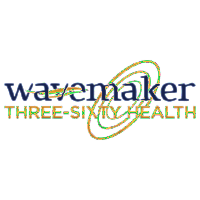 Wavemaker 360’s investment thesis is that after almost 40 years, healthcare is transitioning away from fee-for-service to value-based payments, and with that comes a massive amount of disruption. There will be no shortage of clinical operations and business challenges to solve in the coming decade, and entrepreneurs are already coming out of the woodwork to solve these problems. Moreover, countless business models are now commercially viable because the healthcare industry is embracing value-based payments.

“Healthcare’s transition away from fee-for-service to value-based payments started out a decade ago as a concept,” said John Nackel, Founder and General Partner of Wavemaker 360.  “Today, all around us, we see evidence of the concept becoming reality throughout nearly all sectors of healthcare, and our fund is coming online at just the right moment in time to enable entrepreneurs to be part of this exciting and timely transformation.”

The fund is targeted at $25MM, comprised of investors across the U.S. and Southeast Asia.  A major differentiator for the fund is the composition of its limited partners. Many of Wavemaker 360’s Limited Partners are experienced healthcare executives, eager and extremely capable to add value to the early stage companies in which the fund invests.

“We have heard loud and clear from our LPs that there is a real appetite for more exposure to the healthcare sector,” said Eric Manlunas, Managing Partner of Wavemaker.  “We are beyond thrilled to have this joint venture in place with ThreeSixty, enabling us to deploy more capital into a sector of the economy that is fast approaching 20% of GDP.”

Wavemaker 360 is seeking investment opportunities from early-stage healthcare service and product companies throughout Southern California, but also expects to fund companies that are in other parts of the U.S. and rest of the world.