Digital has brought about a sea change on the economics of good works. Supporting social causes isn’t soft sophistry, but a hard business opportunity. Media tech has enabled more efficient—and profitable!—ways of fundraising and extending philanthropy. New tools and models have remade cause marketing as a profit center, no longer relegated to the charity ghetto. Campaigns on issues like diversity, anti-bullying, environmentalism reach millions in an instant, changing hearts and minds, affecting positive contributions to society and generating profits. Investors, too, are putting money where their hearts are. 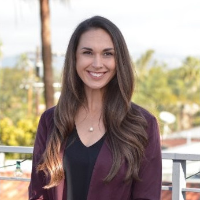 Cassie Fowler is Vice President of Partnerships and Impact at Pledgeling, responsible for working with companies of all sizes to achieve business ROI and success through the integration of purpose and impact.

Prior to joining the Pledgeling team, Cassie spent 15 years building global programs to support international nonprofits and media networks, including Amnesty International, The Green Belt Movement International in Kenya, Al Jazeera English and Bloomberg Africa. In these roles, Cassie pioneered the first corporate giving partnerships with companies such as Google, PACT, Shaklee, and Mainichi. Working hand-in-hand with 2004 Nobel Peace Laureate Dr. Wangari Maathai of Kenya, Cassie drove the launch of the Billion Tree Campaign in 2006 in partnership with the United Nations, which has planted 15B+ trees to date.

Cassie is a graduate of University of California, San Diego and a guest lecturer at USC’s Marshall School of Business. She serves on the board of Conscious Capitalism’s Los Angeles Chapter, and is the founder of the Ambassadorial Leadership Council for the World Is Just A Book Away. As an advocate of the role brands play in sustainable development, Cassie is passionate about leveraging disruptive technologies to drive scalable social & environmental impact across the world. 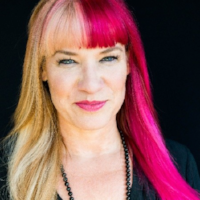 Award-winning digital media maven Amber J. Lawson is on a mission to do good at scale and impact #abillionlives as the founder/CEO of Good Amplified. Good Amplified ampifies the #dogooding stories of nonprofits across all social media channels to drive donations and awareness to these causes including XPrize, Boys and GIrls Club and Make A Wish America. Lawson recently Launched GODDESS PROCESS a 30 day inspirational program for powerful women to manifest their hearts desires. Lawson inspires audiences around the world with her interactive talks on connection and vulnerability.

Lawson’s leadership and vision have resulted in accolades including the Cynopsis Women in Digital Entrepreneur of the Year, Top 50 Women in Digital, PGA Top 25 in Digital, and the NATPE Luminary Award. She sits on several boards and is the chairman of the Membership Working Group of the Academy of Television Arts and Sciences’ Interactive Media Peer Group, and an active member of the New Media Council at the Producers Guild of America. Lawson is a stand for transformation on the planet and her favorite color is hot pink... Obviously. 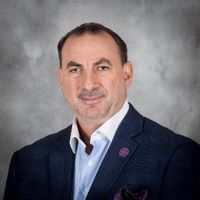 Marvin Epstein is an accomplished serial entrepreneur. As the founder and president of the private equity firm I.A.T. Capital, his areas of success include sports, entertainment, film financing, and new media technology. In 2005, Marvin became a principal and partner of Karma. He has created a platform of services and strategic partners for the member-only organization, including the development of numerous charity, hospitality and media relationships. Marvin has raised awareness and hundreds of thousands of dollars for a variety of deserving non-profit organizations. As a board member of several charities and an experienced public speaker, his goal is to inspire fellow entrepreneurs and future leaders about unique and effective business strategies that will benefit charities while improving the lives of others. His passion is to positively impact the world and lay the groundwork for a better overall environment. 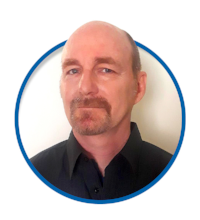 Christopher Van Buren has worked in publishing and information marketing since 1984 as a writer, publisher and literary agent. He has written numerous books on technology, including blockchain and smart city technologies. He was the Brazilian correspondent for U.S. Industry Today and Food & Drink Quarterly magazines. His emphases have been on natural health and beauty, human potential, co-operative governance and humanitarian projects. He is the Director of Marketing for Unify Earth, a blockchain infrastructure platform supporting the United Nation’s SDGs. 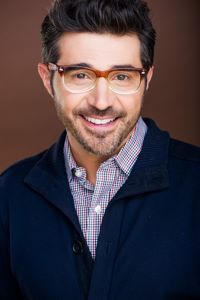 Michael Bellavia is an Emmy-winning producer and digital marketing exec who has been at the helm of HelpGood since its founding. Here's a secret - he's the voice of Smokey Bear across all of the wildfire prevention icon's social and digital channels. Michael has an MBA from Columbia Business School and a BS in Engineering from The University of Michigan. He's a former Board Member of the Producers Guild of America and has spoken at SXSW, Advertising Week, NATPE, CES, AdTech, CTIA and the Economist Media Forum.