Founded in 2004, Games for Change (G4C) is a 501(c)3 nonprofit that empowers game creators and social innovators to drive real-world impact through games and immersive media.  Its annual Games for Change Festival inspires youth to explore civic issues and STEAM skills through its Student Challenge, and showcases leading impact-focused games and immersive experiences through live arcades for the public.

G4C partners with powerhouses in gaming (including Epic Games) to enable educational initiatives, with a board of directors including industry leaders driving the L.A. gaming community.  Their school initiatives include planned programs in Los Angeles, and in this latest episode of the 2021 LAVA Gaming Webinar Series, executives from Games for Change discuss their recent successes, what to expect next month from the G4C Festival, and their plans in Los Angeles to create lasting impact through games and media experiences.

This month's webinar is sponsored by Connected Realm Entertainment, and is free to all  LAVA members and non-members.

Susanna Pollack is a cross-sector leader, public speaker, and social entrepreneur. Susanna is the President of Games for Change and the annual Games for Change Festival, dubbed “the Sundance of video games.”

She has initiated dozens of programs to advance the immersive media and games for good sector serving clients such as American Express, Verizon, AARP, United Nations, Epic Games, Carnegie Foundation, and more. In 2017, Susanna launched XR for Change which builds a community of practice around radical new ways to improve lives using immersive technologies.

As an Executive Producer, Susanna spearheads impact media projects, bringing together award-winning creators with mission-oriented organizations. Current projects include On The Morning You Wake, a partnership with renowned studios Archer’s Mark and Atlas V as well as Princeton University’s Science and Global Security Department, Oculus, and MacArthur Foundation.

In 2015, she launched the G4C Student Challenge with the NYC Department of Education, which is now a national game design program that reaches 10,000 students annually, especially underserved youth. The program has attracted partners such as The New York Times, NYC Mayor's Office, ACLU, General Motors, National Geographic, and more. For Verizon, she led the development of an XR Hackathon program that is being rolled out to 20 Verizon Innovation Schools over the next 2 years.

Prior to Games for Change, Susanna worked across both the commercial and public sector. This experience includes various senior positions at BBC Worldwide Americas, such as SVP of the US television distribution division where she led a team of 20 to raise $50m annually. She was also SVP of BBC Children’s.

Diana J. Moreau (DJ) is the Senior Director of Programs and Partnerships at Games for Change. In this capacity, DJ leads business development efforts, manages strategic partnerships, and oversees esports initiatives. She is focused on building cross-sector partner networks both in the U.S. and internationally to drive participation in the Games for Change Festival and other programs.

Previously, DJ has worked at the Entertainment Software Association (ESA), GlassLab/LRNG (a games and learning initiative based at Electronic Arts), and Events DC as Head of Esports.

She has been instrumental in developing and managing numerous strategic initiatives including: (1) The Higher Education Video Game Alliance (a consortium of the top university video game design programs, as ranked by the Princeton Review); (2) the National STEM Video Game Challenge; (3) the District of Columbia’s official launch into esports; and (4) the first Youth Esports League Championship featuring local Boys & Girls Clubs. DJ graduated from Wake Forest University. She lives in Annapolis, MD with her husband and two daughters. 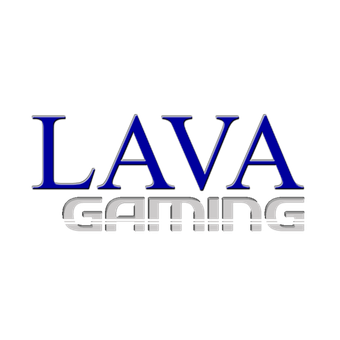