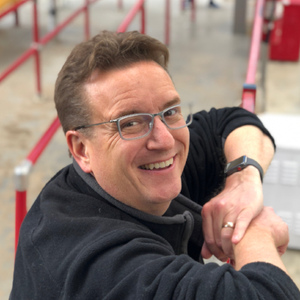 Gene Swift has spent more than two decades getting paid to try and find the right way to put things. Most recently, Gene led Marketing & Communications for Wells Fargo Capital Finance, a group of commercial finance businesses within Wells Fargo’s Wholesale Banking Group. During his time there, Gene worked on both “pay” and “pray” messaging, with reputation risk at the top of every effort’s list of priorities. As a consultant, he has worked with major name clients in entertainment, politics, and labor. His first work after receiving his MFA in writing from The American Film Institute was in development, helping other storytellers get their story straight. Gene is a member of the PEER 150 Marketing group, the International Association of Business Communicators (IABC), the American Marketing Association, the Public Relations Society of America (PRSA), and the Turnaround Management Association, and has served on the Advisory Board for the UCLA Extension Marketing & Public Relations Certificate program. He is a graduate of Middlebury College, where he co-founded, led, and performed with the improv comedy group The Otter Nonsense Players.